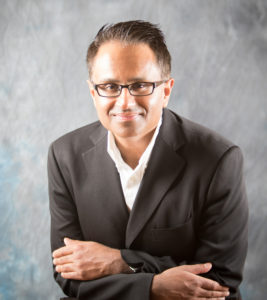 Robin Changarathil is a Speech-Language Pathologist with an expertise in Teaching English as a Second Language.

Robin, who is originally from Edmonton, has worked with adults and children in Canada and overseas for the past twenty years to develop their speech and language skills.

He was an English instructor to clients who spoke English as a Second Language from 1995 to 2003. In 2003, he also became interested in helping those who have difficulties communicating in their first language. For this reason, in 2004, he began his training in Speech-Language Pathology and has worked in this area until the present.

Robin also has a long-term interest in public speaking. He is currently a member of an advanced Toastmasters public speaking club, and provides regular evaluations of the public speaking skills of members. He has competed in and won public speaking contests for both prepared and impromptu speeches. In addition, Robin gave seminars and taught public speaking courses in South Korea as a Professor of English as a Foreign Language at a National University and as an English Language Trainer for the Samsung Corporation.

Robin has delivered workshops on various topics such as interpersonal communication, the speaking voice, and strategies that help non-native English speakers communicate more effectively.  In 2015, Robin made several presentations in Taiwan about Accent Modification and the Mandarin Accent. These were given to members of English public speaking clubs and Taiwanese high school English teachers.

Robin has provided accent modification training to clients with a wide range of first languages. He currently combines his expertise in Speech-Language Pathology, Teaching English as a Second Language, and Public Speaking to assist those speakers who feel that working on their English pronunciation can benefit them in professional, academic, and/or personal contexts.

If you are interested in accent modification training, please contact Robin at info@speech3.com or 780.233.6125 for further information or to schedule a free consultation session.